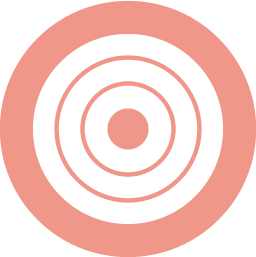 This Sector Profile is designed to help financial institutions (FIs) quickly familiarise themselves with the most frequent and important environmental and social (E&S) aspects of transactions in the forestry and plantations sector. It aims to be a starting point for thinking about E&S risks and opportunities, and not a detailed technical guidance document.

This section outlines some of the specific risks and impacts that emerge from poor E&S practices. Weak management of these aspects may lead to reputational damage, have an impact on a company’s capacity to raise funding (debt and equity) and, more broadly, negatively impact a company’s financial performance. Conversely, sound E&S practices are likely to improve a company’s reputation, access to investors and overall performance.

Wages and working hours: The sector is a major employer of low-paid and often unskilled labour, including temporary or seasonal labour, migrant workers, and workers who provide services via supply chains (e.g. outgrower programmes or harvesting contractors). Furthermore, working hours are typically long. Workers should be paid at least the minimum statutory wage for the sector and working hours should be in accordance with applicable laws and sector regulations/agreements. Companies should not use third party contractors as a means of exceeding working hour regulations or avoiding minimum wage payments.

Good practice in this area can help to manage costs relating to recruitment, training and talent retention and maintain or enhance customer service and build the forestry and plantation industry’s reputation and overall business success.

Child labour and bonded/forced labour: These forms of labour are used in some forestry production systems, particularly primary suppliers (e.g. smallholders). Non-compliance with ILO Core Labour Conventions on Child Labour/Minimum Age and Forced Labour is not acceptable under international standards. Measures to eradicate these forms of labour should be implemented as a matter of priority.

Equal opportunities and non-discrimination: Discrimination can also be prevalent in the sector, particularly towards women (in relation to terms and conditions of employment and wages) as well as seasonal and temporary and migrant labour. Companies should address discrimination by identifying key issues (through consultation with affected workers) and putting in place policies that deter discrimination. Doing so can help to manage recruitment and training costs, improve worker retention, the working environment and maintain or enhance productivity.

Accommodation: Jobs in this sector may involve workers spending extended periods away from their homes, family and community. Where a company undertakes to provide (either directly or through contractors) worker accommodation, the provision should include basic services (e.g. potable water, toilets, privacy and security) and take into account the principles of non-discrimination and equal opportunity. The company should provide accommodation in accordance with the principles included in IFC Performance Standard 2: Labor and Working Conditions and IFC and EBRD Guidance Note on Workers’ Accommodation. Good practice in this area can help maintain a stable and productive workforce and avoid conflicts with nearby communities (if any).

Supply chains: The sector can be heavily reliant on complex supply chains and working practices (e.g. part-time and seasonal harvest work or land clearing, contract and migrant labour). Companies should always strive to reduce risks of poor labour and employment practices in their supply chain over time. This can be accomplished by shifting to suppliers with better practices or by engaging with poorer quality suppliers to enhance employment and labour practices. It may require collaboration with other producers, regulators and non-governmental organisations (NGOs).

Safeguarding: Safeguarding is a collective term encompassing the harm caused by modern slavery, gender-based violence and harassment (GBVH) and the abuse or exploitation of children. While safeguarding risks can be present in any sector or geography, certain sectors are considered high risk due to sector characteristics and profile of the workforce, including Forestry and Plantations. Companies should ensure that they have robust and survivor-centered safeguarding policies, procedures and grievance mechanisms to protect employees and communities and prevent safeguarding incidents. For additional guidance on this topic and good practices to minimize key safeguarding risks please refer to E&S Topics Page on Gender-based violence and harassment and Modern Slavery.

FIs should ascertain and continue to ensure that companies (regardless of sector) comply with the FI’s business integrity requirements. For further information, see Business Integrity.

Companies should have systems in place for managing and overseeing interactions with local community leaders and with government officials.

Additionally, FIs should bear in mind that the sector is under increasing scrutiny from regulators, buyers/supply chains, consumers and NGOs in relation to E&S issues.

5. Standards, guidelines and other resources

Some of the standards that have particular market share or influence are listed below. Inclusion here does not indicate endorsement of standards and FIs should make their own decision on the appropriateness and credibility of standards that companies might want to implement.