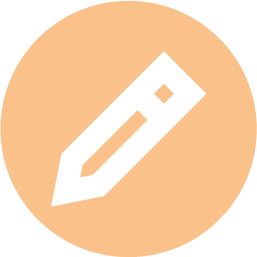 1. About this briefing note

This page can help financial institutions (FIs) to familiarise themselves with antimicrobial resistance (AMR) – a significant risk to human and animal health affecting multiple industry sectors. It gives an overview of the topic as well as some high-level recommendations for the key sectors of influence. It is not intended to be a detailed technical guidance document. Leading sources of research and information can be found in the Resources section.

3. Why companies and financial institutions should address this topic

In order to overcome AMR, unnecessary discharge in the environment must be stopped, inappropriate consumption must be reduced, and new antimicrobials must be developed. The private sector has a role to play on all sides. But while only a few companies are involved in the development of new medicines, many are operating in sectors that can slow the spread of AMR, and all companies can promote public awareness and improved hygiene.

As AMR awareness grows, consumers are increasingly placing pressure on companies to commit to antimicrobial reduction both in their operations and their supply chain. At the same time, momentum is growing for the regulation of antimicrobials across sectors, and some industries have platforms that set standards for their use. Proactively identifying and managing AMR risks and impacts can put companies ahead of the curve and avoid regulatory penalties or public censure.

Investors are in a unique position to set market-leading requirements linked to AMR, and to support companies through the implementation and monitoring of those requirements: “Investors recognise that companies actively seeking to reduce the use of antibiotics are better positioned to create long-term value”.

4. Advice for financial institutions and companies

FIs should adopt an AMR lens when making credit decisions. This means they should assess the extent to which AMR risks are evident in a transaction as well as how these risks are identified and managed by the clients. In some cases, this may simply be through an active approach to water, sanitation and hygiene management for workers and communities in line with existing due diligence and portfolio management processes. In other cases, depending on the sector, AMR could be a material risk to the company or impact of its operations.

Governments, international development organisations, development banks and major drug manufacturers now recognise AMR as one of the pre-eminent threats to human health globally. They have been putting together resources and capabilities to strengthen and accelerate antimicrobials R&D, and to encourage best practice among stakeholders. Some examples include: