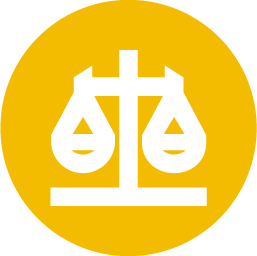 BII defines corruption as the offering, requesting, giving or receiving of a financial or other advantage in order to induce or reward the improper performance of a role, duty or function. Corrupt practices come in many different forms, including bribery, kickbacks, facilitation payments, embezzlement, fraud and extortion. Bribery is prohibited under the OECD Anti-Bribery Convention and considered a criminal offence in nearly almost all jurisdictions.

Bribery is defined as a payment made or received, directly or indirectly, financial or otherwise, to obtain improper advantage. Bribes can be demanded or offered at almost any point in a company’s interaction with government officials, but are most common during public procurement, licence or permit acquisition. Common forms of bribery include cash, gifts, hospitality, political donations, charitable contributions, in-kind support, employment of relatives and the awarding of contracts to companies owned by officials or their relatives.

Kickbacks: A kickback is a bribe where a portion of the undue advantage is returned or ‘kicked back’ to the person giving the advantage. Kickbacks are most common in procurement processes.

Facilitation payments: Facilitation payments (or speed payments) are bribes paid or received to facilitate or expedite the performance of a routine governmental action. They differ from outright bribes in that they are not for the purpose of obtaining or retaining an undue advantage, but rather in exchange for faster or improved access to services to which one is legally entitled. Facilitation payments are most common in dealings with low level officials. In some countries it can be considered normal to provide small unofficial payments under certain circumstances. However, this practice is illegal in most countries.

Grand Corruption: This occurs when a public official or other person deprives a particular social group or substantial part of the population of a State of a fundamental right, or causes the State or any of its people a loss greater than 100 times the annual minimum subsistence income of its people, as a result of bribery, embezzlement or other corruption

Petty Corruption: This is everyday abuse of power by public officials in their interactions with ordinary citizens, who often are trying to access basic goods or services in places like hospitals, schools, police departments and other public agencies/institutions

2. Why is managing bribery & corruption so important for FIs?

Corruption hurts good businesses and hinders economic development (e.g. it can increase the overall cost of providing public services such as education, health, water and sanitation). The payment or receipt of bribes, kickbacks and facilitation payments is illegal, and the companies and individuals involved can face large fines and imprisonment.

In some countries bribes and facilitation payments may be treated by some as just another cost of doing business in difficult environments, but momentum against such practices is growing and governments, companies (including FIs) and investors across the globe are strengthening their anti-corruption efforts.

BII and other Development Finance Institutions take a ‘zero tolerance’ approach to corruption and are committed to preventing bribery in all its investments. Raising business integrity standards in emerging markets has a positive developmental effect as it helps improve competition and company performance, develops access to capital and reduces investment risks,

Guidance on how to develop and implement a robust ABC compliance programme and policies can be can be found in the Wolfsberg Anti-Bribery and Corruption (ABC) Compliance Programme Guidance, The Wolfsberg Frequently Asked Questions on Risk Assessments for Money Laundering, Sanctions and Bribery & Corruption and the Transparency International Anti-Bribery Guidance pages.